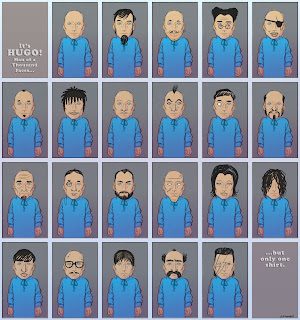 Do you remember Hugo? He was a puppet toy you could disguise with a variety of hair styles, noses, glasses, scars, moles, mustaches, and stuff. He also appeared in Pee Wee Herman's early stage shows and is the basis for the costume Mickey (the fugitive) wears in Pee Wee's big Adventure.
You'll probably want to click on this to see a bigger version.
Posted by Unknown at 4:35 PM 8 comments: 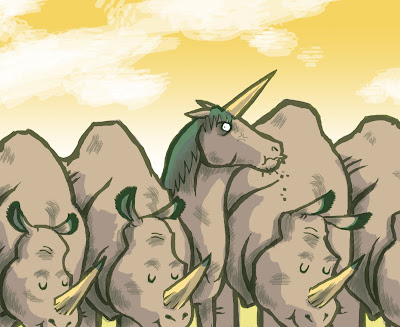 My first idea was something cooler, but the quick doodle of this guy made me laugh. 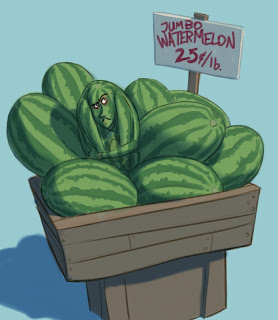 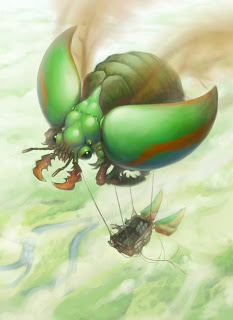 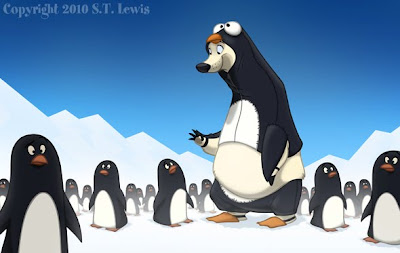