There were a lot of great characters in the film, but she was the best.  When I first saw her my reaction was, "Great, another hot-girl-plays-unconvincing-nerd role."  But her character manages to be SO believably nerdy, but at the same time so likeable and appealing, that you really want her to win in the end.  I don't know if I've seen that pulled off so well in a film before. 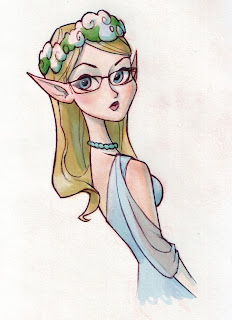 im excited to see this. it says 2011, but I can't find anywhere where this is showing or had been shown?

where can I see this?!

Jaclyn Hales said...
This comment has been removed by the author.
January 16, 2012

Jaclyn Hales said...
This comment has been removed by the author.
January 16, 2012

Movie will be in theater's all over UT starting FEB 24th! Please go and bring all your friends:-) BTW thanks for the awesome review!

I just watched the trailer, it looks pretty great!

Also, great blog you got here!